The Village of Milan is a statutory form of government as allowed by the Ohio Revised Code for municipalities with populations less than 5,000. The Village is governed by a six member at large Council lead by an elected Mayor. The Council acts as the legislative body where the Mayor only votes in the case of a tie.

The Mayor oversees the daily operation of the Village through his direct reports; the Police Chief, Fiscal Officer and Village Administrator. The Mayor also determines the need for temporary or permanent committees, boards and commissions, filling the positions respectively with approval of Council.

The Mayor and each Council member serve four year terms.

Pam Crosby is the Mayor of Milan. The Mayor serves as the administrative head of government representing the Village. The Mayor’s office is located in the Administration Building, 11 S. Main Street, 419-499-4161 ext. 5, or email at  email

The Village of Milan holds Council Meetings on the 4th Wednesday of each month in the Council Room at the Village Administration Building, 11 S. Main Street. The meetings are held at 6 P.M.

All Council Meetings are open to the public. Residents are encouraged to attend to hear firsthand what is happening in the Village and to allow their opinions to be heard.

We will keep the first 15 minutes available for public participation. If you have any question, you may email Cathy Ramey at email stating your name, address and your question for Council.

The Village of Milan's Fiscal Officer Catherine Ramey, runs the day to day financial operations.  Milan operates under budgetary fund accounting guidelines, which include budgets and appropriations that guide the Village throughout the year. The Village of Milan's finances are audited on a two year cycle by the Auditor of the State of Ohio.

The Fiscal Officer's office is located in the Administration Building, 11 S. Main Street.

The Mayor, with approval of Council,  appoints residents to fill positions on various committees, boards and commissions. Additionally, the Mayor, at the first meeting of each year, appoints various Council members to Committee positions. The Council persons are charged with understanding the respective Village activities and being Council’s knowledge expert in the given areas.

Tim McIlrath, Nate Shafer, and Stefan Taylor are the members of the Streets, Sidewalk and Sewers Committee.

Mike Bickley, Tim McIlrath and Nate Shafer are the members of the Safety Committee.

Mike Bickley and Carla Rospert are the members of the Finance Committee.

Mike Bickley and Carla Rospert are the members of the Utilities Committee.

Mike Bickley, Nate Shafer and Stefan Taylor are the members of the Council’s Civic Contacts and Historical Committee.

Tim McIlrath and Nate Shafer are the members of the Parks and Trees Committee.

(Delegate) and Stefan Taylor (Alternate) are the members of the Erie County Council of Governments REP (1 Yr. App't).

Standing Boards and Commissions include

Planning Commission: This five member commission meets on an as needed basis. The current members include three (3) residents; Rob DeLand, Pam Grames and Jim Schoenegge along with the Mayor and Council member Tim McIlrath.

Zoning Board of Appeals: This five member board is entirely staffed by residents and meets on an as needed basis. The current Board is led by Chairman Dan Frederick and includes members John Batchelor, Joe Chicotel, Jeff Huber and Andrew LaVine.

Property Maintenance Board: This five member board meets on an as needed basis. The current members include; Randy Glovinsky and Pam Grames along with Mayor Pam Crosby.

Tree Commission: The commission is made up of five residents and meets on an as needed basis. The current members include David Berckmueller, Martha Berckmueller, Beau Busdicker and Brock Busdicker. Alternate is Fritz Berckmueller.

Records Commission: The commission is made up of one resident and members of the Village administration and is charged with adopting policies and procedures to ensure the handling of the Village’s records following records retention policy as required by the State of Ohio. Resident Nancy Justice and members of the administration include the Fiscal Officer, Solicitor and the Administrator representing the Mayor.

Residents are encouraged to participate in their local government by volunteering for positions on the various boards and commissions. If you have an interest in an appointment to any specific board or commission, please contact the Mayor at 419-499-4161 ext. 5 or email email

For information regarding upcoming meeting agendas, please contact the Fiscal Officer at (419) 499-4161 ext. 4 or email

A searchable database of the Village’s codified ordinances is available at American Legal. 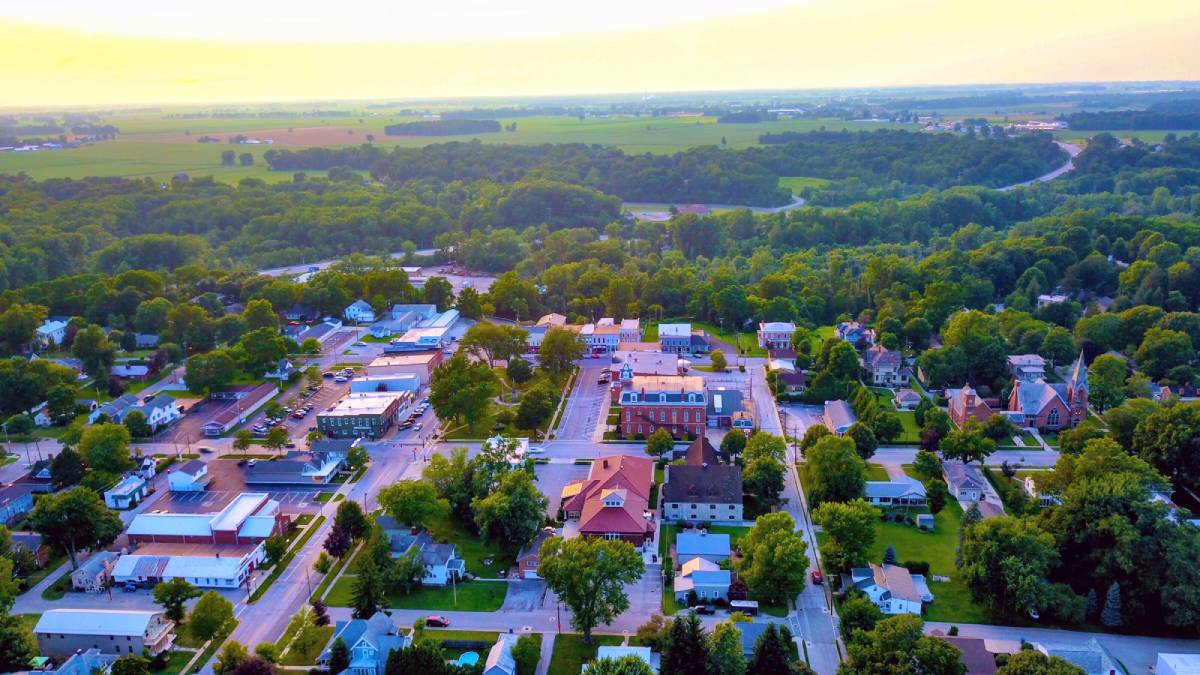